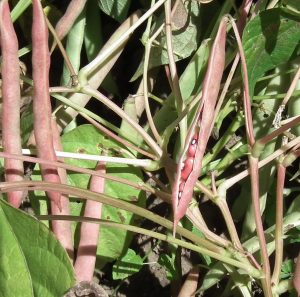 February 13th was World Pulse Day; a day designated by the United Nations to highlight the importance of these grains to our diets, livelihoods, sustainable production systems and food and nutrition security.

CARDI Belize has led research and development activities for pulses, one of the Institute’s priority commodities. Annually, evaluations are conducted on several varieties of red beans, black beans and soybean among others. This work is critical in maintaining the viability and integrity of these varieties and the interest of small farmers. CARDI developed, technological packs, continue to be used as a resource guide by small farmers involved in the commercial production of red kidney beans and black eye peas.

The foundation laid by the Institute has placed Belize on a path to becoming self-sufficient in grain production and a major exporter to CARICOM.

In accordance with the International Seed Testing Association (ISTA), the CARDI Seed lab conducts the required purity and moisture tests for pulses exported from Belize. The CARDI stamp of approval assures exporters of the quality of the product.

CARDI Belize also serves as the repository for seeds for several varieties of pulses and grains. From the 16 varieties of red and black beans in storage, seeds are mass-produced and sold to farmers.

Pulses produced in Belize have assisted in kick-starting agricultural production after major disasters across the Region, such as Dominica after hurricane Maria and Haiti after the devastating 2012 earthquake.

Presently, the unit is diversifying its work with pulses to address the challenges of climate change and malnutrition. CARDI is a part of a network of local, regional and international agencies evaluating biofortified beans, rich in iron, for commercial production in Belize. Fifty one lines of black and red beans are being evaluated across three agro-ecological zones in Belize.