Soon cassava farmers in Dominica will have four new varieties added to their production cycles, thanks to the CARDI implemented component of the project, “Cassava Industry Development- Market Assessment and Technology Validation and Dissemination Project,” funded by the Caribbean Development Bank (CDB) and executed by the Food and Agriculture Organisation of the United Nations (FAO). Three newly improved cassava accessions (CM 3064-4, CM 3306-4, CM 6119-5) and one landrace (COL -1522) introduced from the Centre for Tropical Agriculture (CIAT) are being evaluated for adaptation to Dominican conditions.

The accessions which were received as in-vitro plantlets were weaned and hardened following the Latin American and Caribbean Consortium for the Support of Cassava Research and Development (CLAYUCA’s) protocol. In January 2020, a germplasm plot was established at the Agricultural Station in Portsmouth for observation and agronomic characterization. From this plot, F2 planting material will be obtained for subsequent agro-ecological evaluations.

Cultivation was done on ridges and a drip irrigation system installed. Before establishing, a soil test revealed that it was slightly acidic with acceptable levels of potassium and low levels of nitrogen and phosphorous. However, the fertilization of the plot was hampered by the lockdown restrictions imposed by COVID -19. An integrated crop management approach was used to manage and monitor the plants.

Generally, plants grew well but were affected by recurring infestations of the cassava hornworm, cassava shoot fly, mites and thrips.

The CM 3064-4 accession has so far been the least susceptible to mites and thrips. This variety also grew more vigorously and produced the largest tubers.

CARDI will collaborate with the Ministry of Blue and Green Economy, Agriculture and National Food Security (MoBGEANFS) to conduct evaluations of the F2 planting material of these accessions across different agro-ecological zones in Dominica. 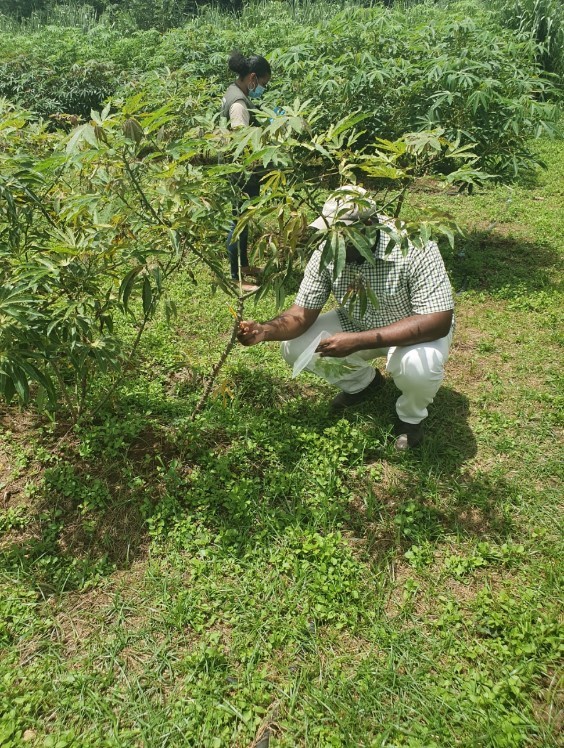 CARDI shows off broad spectrum of research programme at Agrofest 2020