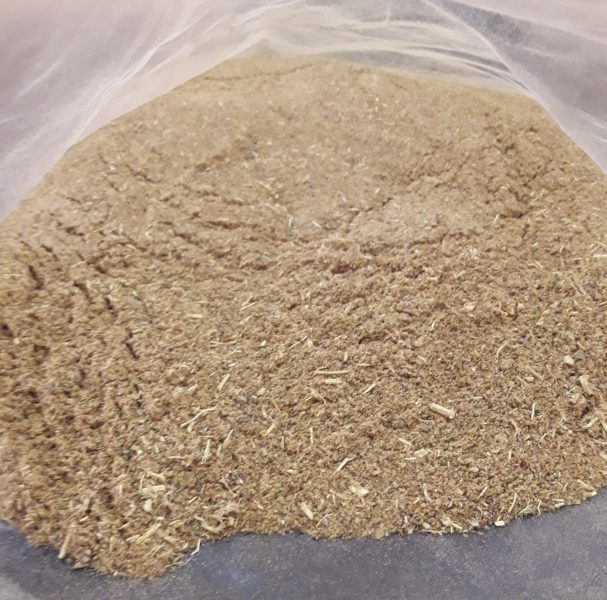 In Barbados, CARDI and the Food and Agriculture Organisation of the United Nations (FAO) collaborated to pilot an initiative for increased production of livestock products, through the utilisation of locally produced fish silage in ruminant feeds. This project sought to utilize fish by-products (skins, heads and guts) which, according to preliminary data, amount to over 11,000 lbs per day. Most of this “waste” is buried in the landfill.

Under the project, fish silage was prepared by combining 20% acetic acid with grounded fish by-products. The low pH environment created by the acid accelerates the action of enzymes in the fish, causing proteins to be hydrolyzed. The protein in fish silage is more digestible than in the raw material. The acid also prevents spoilage caused by the proliferation of bacteria. More than a month after preparation, the pH reading stabilised at 3.8. Fish silage can also be dried and incorporated in local feed formulations, either in-ground or pelletised forms. To facilitate the drying, a solar dryer was constructed to reduce energy costs. The dryer is equipped with 2 solar collectors for heating and a 300-watt extractor fan. The unit is powered by a 720-watt photovoltaic system and reaches temperatures exceeding 900C.

Lab analyses found that dried samples contained 56.4% crude protein. Crude protein is one of the most expensive ingredients in livestock feeds. This work has the potential to make ruminant feeding more affordable for farmers while saving on foreign exchange used to import traditional protein sources, such as soybean meal.

It also helps to address the issue of fish waste disposal and can be an economic opportunity for entrepreneurs.

Later this year, animal feeding trials will be conducted using formulations that include fish silage products to provide data on animal performance. The aim of the programme is to develop alternative feeding systems that can deliver superior nutrition to ruminant livestock at lower costs, resulting in more competitive production systems and enhanced availability of meat for consumers

CARDI VACANCY: Consultant in processing of coconut for the production of oil (wet and dry methods)